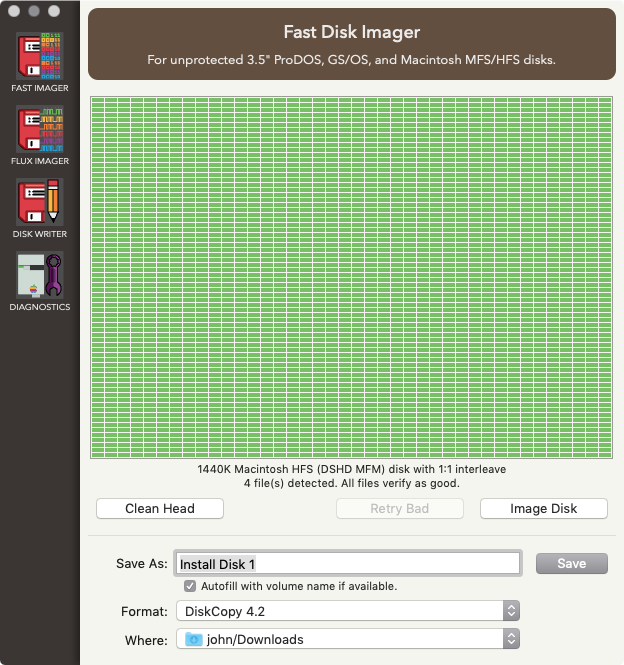 This has been a big hunk of work! I have completely reworked large portions of the low-level architecture of the client software. The first fruit of this endeavor is that if you have an Apple SuperDrive, you can now image High Density (1.44MB) disks!

This release contains a firmware update for the Applesauce Floppy Drive Controller. When you run Applesauce, it will want to update the hardware. You must do the update in order to use the new release. But, the new firmware is not backward compatible with older client versions.